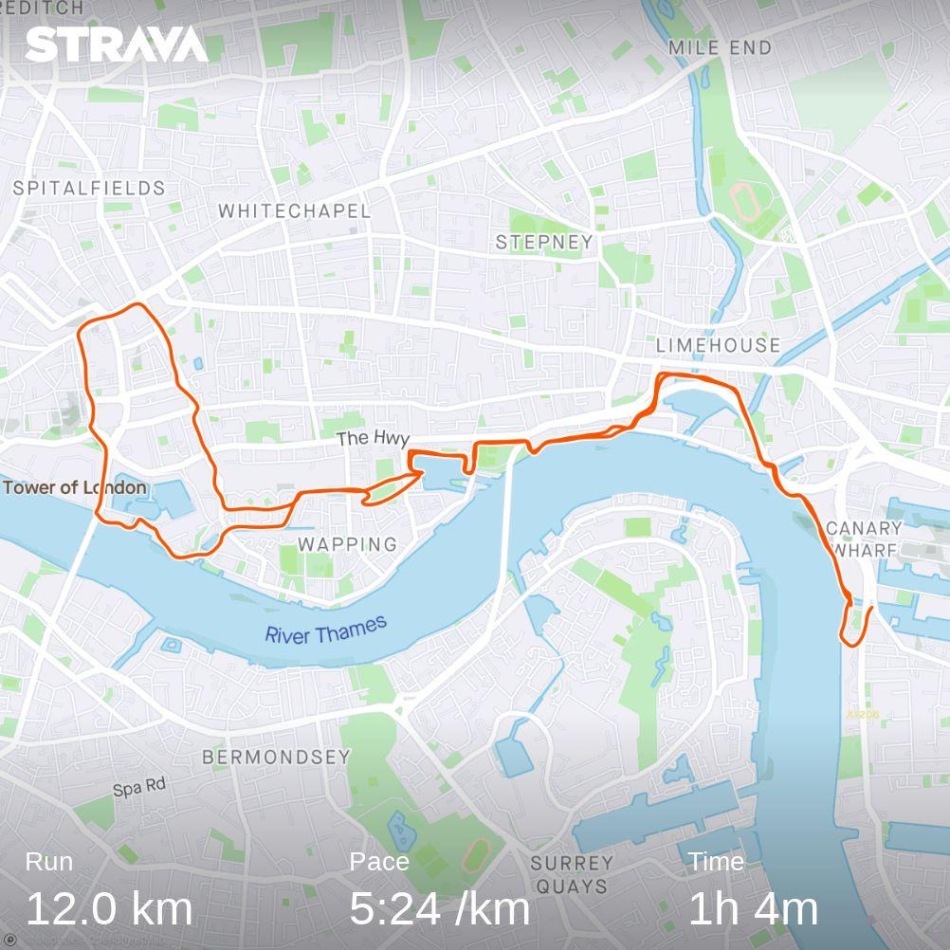 Despite some procrastination involving social media and coffee, I finally made it out for a run this morning. My first in weeks.

As ever, I’m incredibly glad I did. I also stretched my initial planned 5km into a rather fun 12km. This was in part due to the tremendous amounts of coffee I ingested since waking up, and partly due to being interested in the audio book about sleep and rest that I was listening to.

I know. The irony isn’t lost on me.

Yes, yes – all the usual obstacles on London’s pavements. I won’t bore you by repeating my London running gripes once again. But I’m happy to say I decided to avoid winding myself up about other people’s idiocy and instead focus on the run.

I caught the end of the morning sunshine – it’s now grey and miserable outside. I’m glad I got out the door by 9:30am, because just as I arrived home, the pavements had filled with Sunday walkers, bikers and runners.

As for the rest of the day, I’ve a bunch of personal admin to work through. All while resting on the couch. Maybe some Netflix later and definitely some reading. I also have a backlog of podcasts from the last week and some planning for the week ahead.

Hope you can enjoy a restful and relaxing Sunday!