On our trip to Alicante this week, we booked the new BA service to Murcia, just south of Alicante, as the ticket worked out a lot cheaper and better timed than going into Alicante’s main airport.

Despite originally being booked into economy, we opted for an upgrade on departure for this 2 1/2 hour flight, which turned out to be a great decision.

BA has recently changed their catering, removing their afternoon tea service, which were lovely scones with clotted cream with jam. Instead we got a beetroot salad, which we thought was the only dish. However, this turned out to be the starter, luckily and we were later served a nice chicken and risotto meal.  We almost complained..

Overall the new food menu was okay, if not a bit strange.  We agreed that we would have still preferred afternoon tea, which was nice and a good option for afternoon travel. 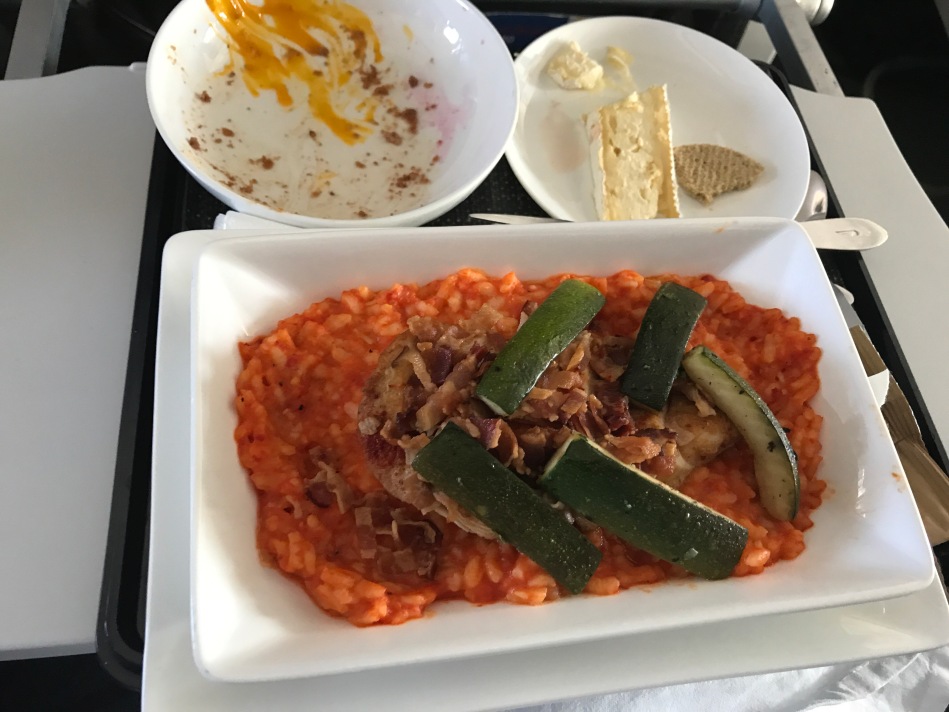 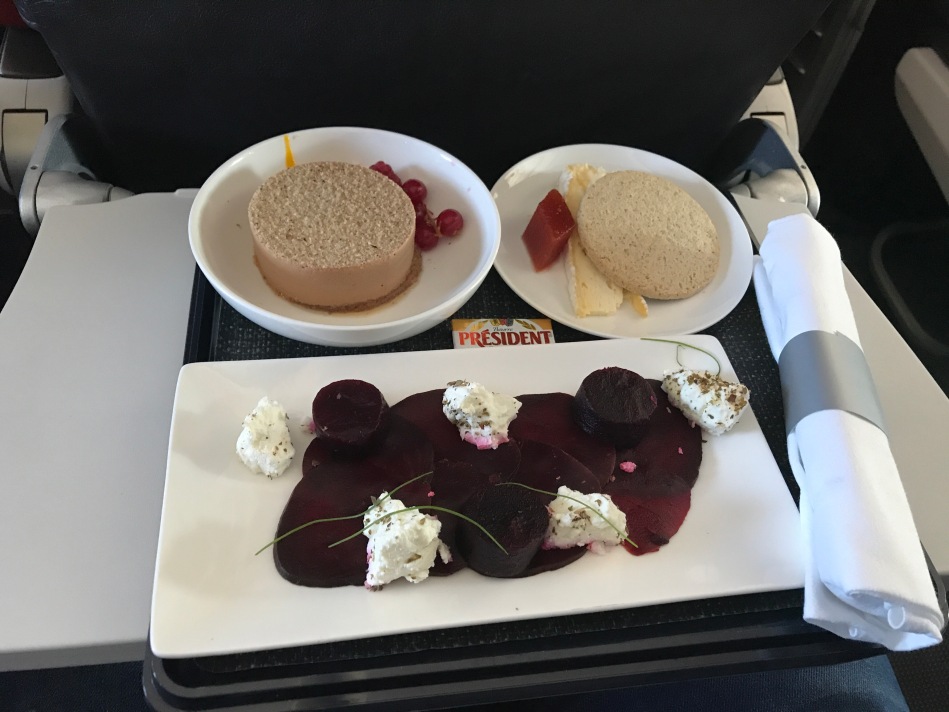 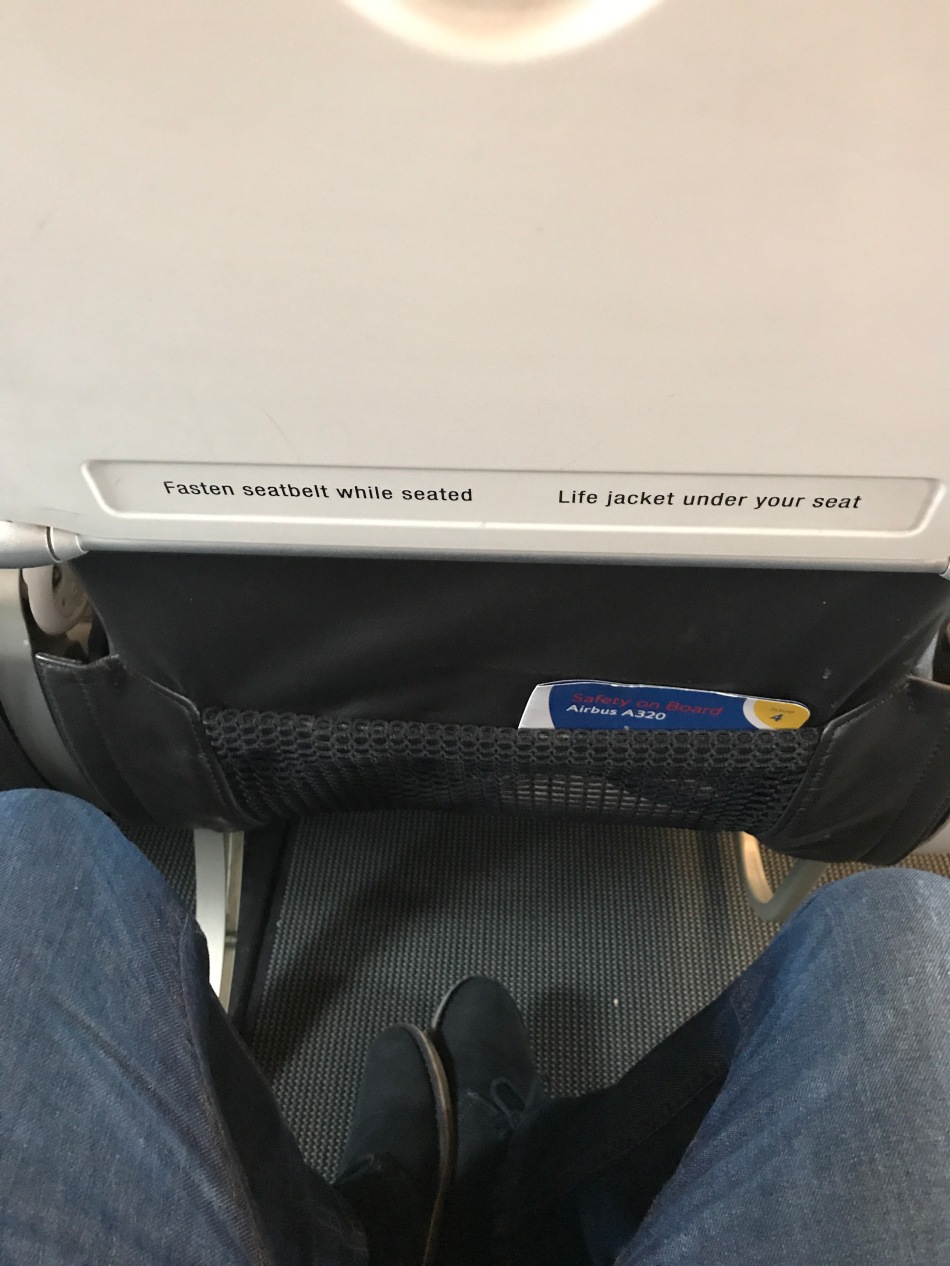 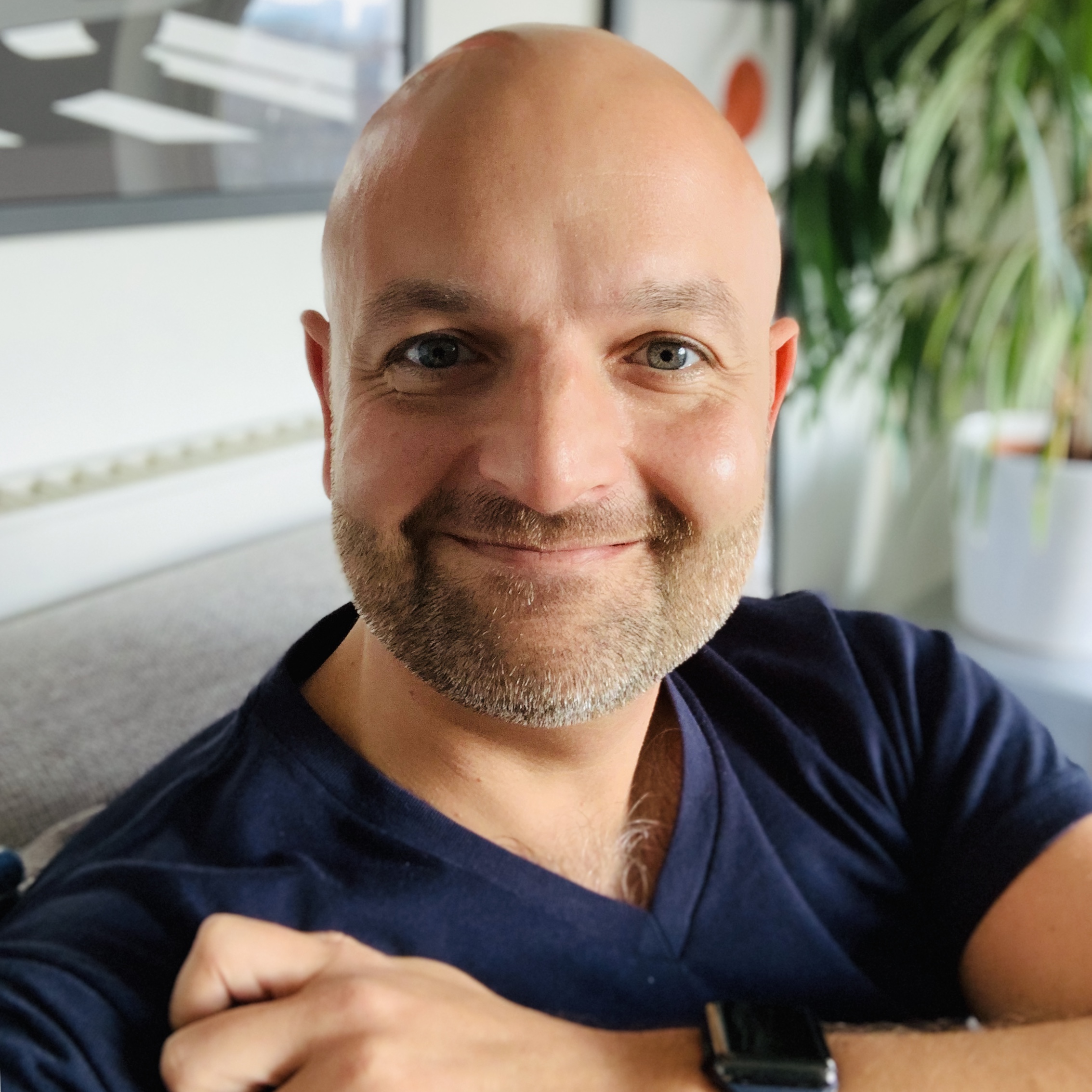