The first time I  flew RJ was between New York JFK in 1997 on another fifth freedom flight. I was in Uni in the US and there were some super cheap deals flying from Boston via New York on TWA and on to Amsterdam.

Now 20 years on, I am again getting settled into a super cheap seat on RJ on a fifth freedom route. Instead of a Lockheed TriStar L1011, I am on. New Boeing 787, in Business Class. KL to Bangkok was a mere £120 one way. I could just not pas this up. (Also as I get 40 tier points with BA toward my status renewal).
Having flown my share of Business Class flights, the seats are not dissimilar to those on older Finnair planes with a 2 2 2 layout with all seats angled in pairs to create room.

Service on this flight was okay. It started with a UHT O, but ended on a high with nice champagne and a light meal. 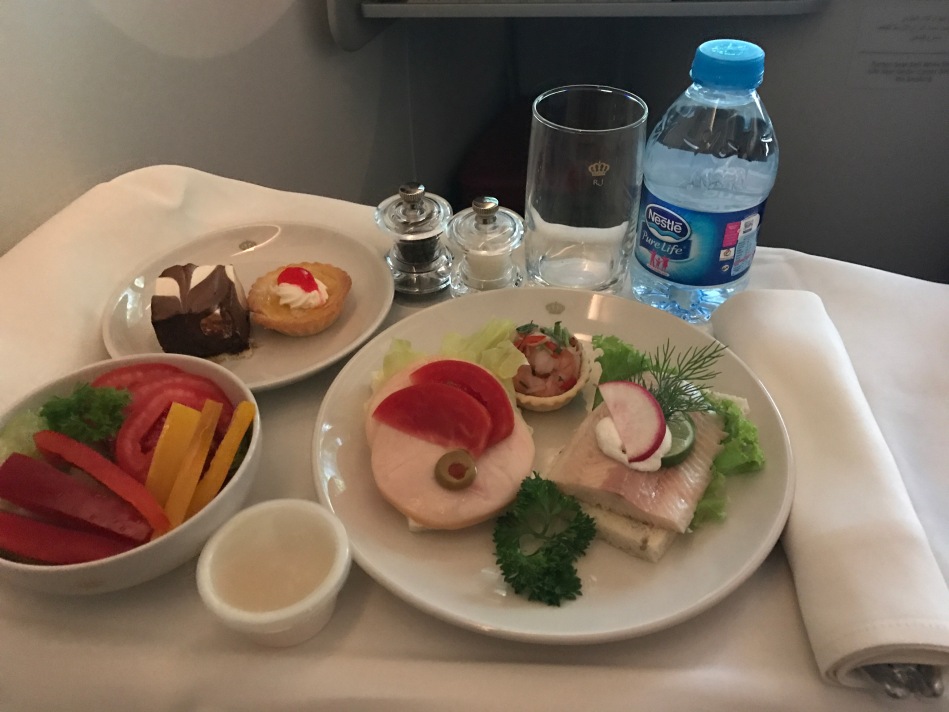 Only thing I am not sure about is the comfort of sleep I would have gotten, as the seat was narrow ending in a point with very little room for feet.

0 comments on “Even after 20 years, Flying Royal Jordanian continues to be an interesting experience.  ”